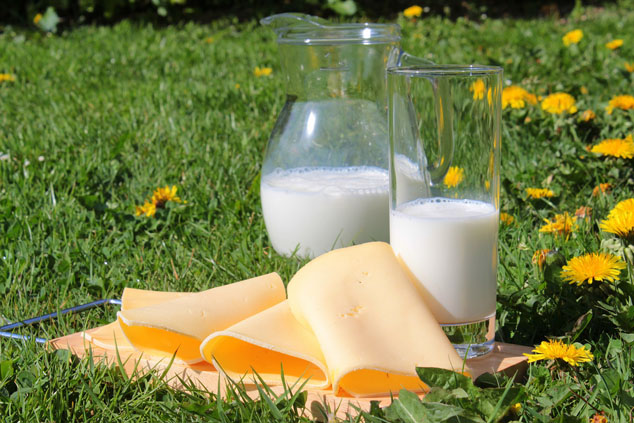 In a word: yes. The dangers of calcium supplements are, indeed, real. Here is what you should know before taking them.

You already know that calcium is the main mineral in your bones. The logic of taking calcium for bone health, however, is simple-minded.

In addition to its well-known role in bones and teeth, calcium is also important in cell signaling, blood clotting, muscle contraction, and nerve function. It also activates certain enzymes, helps transport ions across cell membranes, and aids neurotransmitters during communication among cells. In addition, ionic calcium helps conduct electric impulses throughout the body, especially those that maintain a regular heartbeat.

Getting enough calcium for all of that is not a problem. Your entire skeleton is a plentiful source of calcium. Problems arise when poor calcium metabolism demands excessive withdrawals from your bone “bank.”

Now let’s take a look at what actually happens when you supplement with calcium as a strategy to keep that from happening.

From 2008 to 2011, three studies appeared in the British Medical Journal that showed an increased risk of heart disease in women who supplemented with calcium. The heart disease risk was compared with the benefit to bone health.

The overall results were:

Regarding bone health: For every 1,000 women who took calcium supplements for a 5 year period, at the end of that time there were 3 fewer bone fractures. Although 3 out of a thousand may not seem like a lot, the population impact comes from multiplying it by the millions of women who supplement with calcium.

Regarding heart disease risk: In the same study group, 6 out of a thousand women suffered a heart attack or stroke. Again, this may not seem to be a substantial worry. Population numbers are, once again, staggering.

The bottom line is that, when taking calcium supplements,
twice as many women suffered heart disease
in comparison with those who benefited from fewer bone fractures..

It wasn’t the calcium itself behind these numbers, though. It was the calcium supplement. Calcium in foods, in contrast, did not have such negative effects.

The authors of these studies took the view that no woman should take calcium supplements.

If that’s the case, then what about boosting bone health, you might ask? Now it gets interesting.

That point above about calcium metabolism is crucial here. The issue is that the above studies, as well as nearly all other studies on the effects of calcium supplementation, fail to consider that…

…the proper metabolism of calcium depends on vitamin K.

Unfortunately, this vitamin has been in short supply in modern foods for decades. More women (and men) simply do not get as much of it as they did in the past.

What You Should Know About Vitamin K

Vitamin K is popularly referred to as the “coagulation vitamin” for its role in blood coagulation. It does much more than that, though. This simple summary on Wikipedia gives you a better feel for its versatility [bolding is mine]:

Vitamin K is a group of structurally similar, fat-soluble vitamins that the human body requires for complete synthesis of certain proteins that are prerequisites for blood coagulation (K from Koagulation, German for “coagulation”) and which the body also needs for controlling binding of calcium in bones and other tissues. The vitamin K-related modification of the proteins allows them to bind calcium ions, which they cannot do otherwise. Without vitamin K, blood coagulation is seriously impaired, and uncontrolled bleeding occurs. Preliminary clinical research indicates that deficiency of vitamin K may weaken bones, potentially leading to osteoporosis, and may promote calcification of arteries and other soft tissues.

In other words, vitamin K is required for proper calcium transport and metabolism throughout your body, not just your bones.

When it doesn’t get to where it belongs, calcium doesn’t just fail to get into bones. It gets shunted into the vascular system, where excess amounts of it lead to calcification of arteries.

This is a fundamental cause of arterial blockage.

Note also, from that Wikipedia entry, that vitamin K occurs in several forms. The key form that regulates calcium is K2. The other main type is K1.

Vitamin K1 is the plant-derived form. It occurs mostly in green leafy veggies. It is the form that is important for blood coaglulation.

Vitamin K2 is found in mostly animal products or fermented foods (made by bacteria). It is the form that is important for healthy bones, teeth, and vascular tissue. The best food sources include liver, cheese, egg yolks, and butter – IF they come from grass-fed, pastured sources.

We get about 10 times more vitamin K1 in our diet than vitamin K2. Although humans can convert K1 to K2, we are not very efficient at it.

It should come as no surprise that a poor diet of processed foods is just one reason why vitamin K2 levels are low across different cultures worldwide.

Another common cause for low vitamin K2 levels is poor gut health. This is a 2-pronged issue involving:

Keep in mind that nearly every health issue that you can imagine starts in your gut. If you are not sure whether you have a gut health problem, just look closely at every aspect of your health.

Anything that is out of whack points right to your gut health. Thus, you are most likely to be a little short on vitamin K2.

This is one of the easiest and most impactful supplements that you can take. Supplement manufacturers already provide the right mix of the subforms of vitamin K2 (i.e., menaquinones: MK4 and MK7). The MK7 subform lasts longer in your body, so it is the key subform to optimize. It is one of the most important supplements that I take.

How much vitamin K2 should you take? The minimum recommended daily dose of K2 for adults 90–120 micrograms per day. Those who have a higher risk of heart disease or bone loss may want to aim for a higher dose, starting at 200 micrograms and increasing from there. Just make sure that your supplement is vitamin K2, not K1.

How About That Calcium Supplement?

When your vitamin K level is sufficient, and it is blended with other fat-soluble vitamins such as vitamins A and D, your calcium metabolism will be on track. Meaning: you don’t need calcium supplements if you get plenty of calcium in your diet.

Indeed, the overall recommendation about calcium supplementation is just exactly that in two recent books on vitamin K and calcium: Goodman 2015; Rhéaume-Bleue 2012 (see references below). Both books provide a lot more detail on this topic and are enjoyable to read. A bonus is that they are inexpensive (less than $2.00 in Kindle format).

As for getting enough calcium, the best sources are foods that provide plenty of it, together with magnesium for enhancing its absorption. The best non-dairy sources include sardines with bones, kale, okra, bok choy, almonds, broccoli, and watercress.

Basically, the best strategy is to keep your vitamin K2 levels up and consume calcium-rich foods. By doing so, you will not need to take calcium supplements at all.

Rhéaume-Bleue, K. 2012. Vitamin K2 and the Calcium Paradox: How a Little-Known Vitamin Could Save Your Life. John Wiley & Sons Canada, Ltd., Mississauga, ONT.