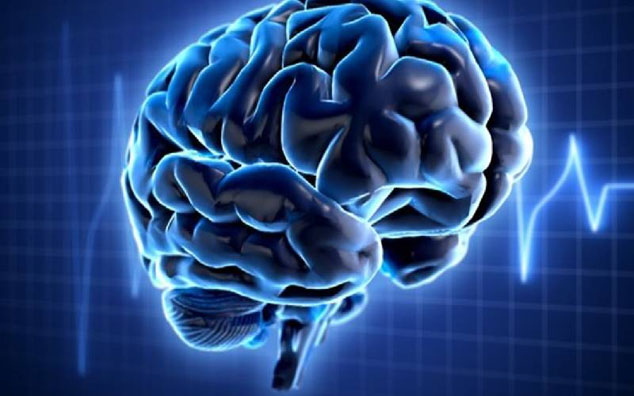 If you, like me, are concerned about brain aging, then take heart. Many recent discoveries point to simple lifestyle changes that can slow it down and even reverse it. Brain aging is a huge topic, so this post will focus on just one of those changes – getting more of the most important brain-healthy mineral into your brain. That mineral is magnesium. Here is what you should know.

The World Health Organization estimates that about 75% of the U.S. adult population is magnesium deficient.

Why, you may ask, are so many people deprived of this crucial mineral? The answer is multifaceted.

Deficiencies in most minerals, including magnesium, started with industrialized agricultural practices. Nutrient-poor soil leads to nutrient-poor foods. Dietary sources of magnesium are simply not as dependable as they used to be. You are less likely than ever to get enough magnesium from foods. On top of that, if you eat processed foods, the amount of magnesium you get in your diet drops off a cliff.

Dietary depletion is just the beginning. In the 21st century, it almost seems as though people are actively depleting their magnesium levels. Just a short list of how we do so includes the following:

If you are like most of the population, you suffer from more than one of these causes of magnesium deficiency.

We could go on and on about overall magnesium deficiency. Instead, I will simply refer you to an article posted on the Ancient-Minerals website that I cite at the end of this post.

Now let’s dig into the topic at hand – the role of magnesium for reversing brain aging.

Magnesium on the Brain

It turns out that magnesium is absolutely crucial for your brain.

ALL mental health issues start with a magnesium deficiency, which is a serious worldwide problem in modern times.

The great news is that getting more magnesium into your brain can stop mental deterioration in its tracks.

Magnesium can even reverse brain aging by several years. I will go over the new research on this phenomenon below.

The challenge is getting enough magnesium into your brain to make a difference. Unfortunately, most supplements and food sources don’t help much.

That is, until now.

Let’s take a look at some details about magnesium in your brain so you can see what you must do to reap its benefits for your mental health.

Brain Health is a Changing Landscape

Your brain is built to last, working in good order, for more than 100 years. Plenty of clear-minded centenarians around the world prove it.

We know, without doubt, that brain health depends on lifestyle choices. What is it that brain-healthy centenarians do that keeps them mentally sharp?

Of course, answers to that question are all over the map. The general message is that you control the health of your brain. Unfortunately, in the 21st century, we do many things that ruin brain health before its natural time is up. In general, so-called age-related mental decline traces right back to those choices.

One of the more damaging things we do is deplete our brains of magnesium.

You undoubtedly know that magnesium is important for your health. You require enough of it to fuel several hundred kinds of magnesium-dependent biochemical processes.

Let’s just focus on one of these processes to see how important magnesium is for brain health. Here it is:

Magnesium is the essential mineral that makes energy metabolism work…
…and your brain is the biggest energy hog in your body.

Energy metabolism generates a high-powered substance called ATP (adenosine triphosphate). Your body’s “engine” uses an amount of ATP every day that just about equals your weight. In my case, I weigh 170 lbs, so my body makes that much ATP just to meet my basic energy needs.

Now here’s the kicker: Every active molecule of ATP requires magnesium to make it work. Biologists refer to this complex as Mg-ATP.

Your brain uses about 20% of your daily Mg-ATP, even though it’s no more than 3% of your weight. Yup – your brain is truly an energy hog.

This means that, in technical terms, if your brain doesn’t make enough Mg-ATP, your mental health goes to crap.

Am making myself clear?

Can your brain make more Mg-ATP? Yes, if you can get more magnesium into it. That is a big if. Supplementing with magnesium can help, maybe.

Getting enough magnesium into your body through supplementation is like a roll of the dice. The amount that you take and the form that it’s in make all the difference.

How Much to Take

As for how much to take, federal guidelines list the adult RDA, after age 30, as 420 mg per day for men and 320 mg for women. This is the minimum for preventing major deficiency.

You may want to find out how deficient you are by getting your levels tested. Be aware, though, that the cheapest test – blood serum – tells you nearly nothing. Only 1-3% of your body’s magnesium circulates in serum.

The most informative way to evaluate your magnesium status is by something called an “ExaTest” of cells taken from your mouth. This test will give you a much better idea of magnesium levels in your cells. Unfortunately, this test is more expensive than a regular blood test and insurance companies don’t like to pay for it. Compare a serum test at about $20 to an ExaTest costing more than $300. You get what you pay for.

The ExaTest kit can be ordered by physicians through the company website that I cite at the end of this post.

Ultimately, you may easily need 2-3 times the RDA of magnesium. Keep in mind, though, that magnesium inhibits the absorption of vitamin D3, so don’t take these two kinds of supplements together.

Magnesium supplements also don’t work as well when you take too much calcium. The intake ratios should be calcium to magnesium, 2:1 or even 1:1.

What Forms to Take for Your Body (Not for Your Brain)

Organic salts are generally the most effective. These include glycinate, malate, and citrate. Inorganic salts such as oxide and chloride can also work. Topical (not internal) use of magnesium sulfate (Epsom salt) or magnesium chloride (“magnesium oil”) gives you a slight boost. Magnesium hydroxide (“Milk of Magnesia”) actually inhibits magnesium absorption.

Choosing the right supplement depends on how you react to different forms. Citrate and chloride salts have stronger laxative effects. The other salts, less so.

As I mentioned earlier, common forms of magnesium supplements are not very efficient in getting magnesium into your brain. That’s because none of them can cross the blood-brain barrier. They easily go everywhere in your body except your brain.

How About Magnesium for Your Brain?

If you are already thinking ahead, then you can see a link between rampant magnesium deficiency and the increasing incidence of mental health disorders in modern times.

In fact, a short list of mental issues linked to low levels of magnesium in the brain includes the following:

In reality, these are actually magnesium-deficiency disorders.

Realizing all that, what can you do to get more magnesium into your brain?

This is where a spectacular new development in magnesium supplementation hits the nail on the head (pardon the pun).

Research first published in 2010 described how a substance created at the Department of Brain and Cognitive Sciences at MIT (Slutzky et al. cited below) improves brain health.

That substance is called magnesium L-threonate. It is made by combining magnesium with a simple, 4-carbon derivative of ascorbic acid, called L-threonate.

Research for that first publication led the head of the MIT research team (Dr. Guosong Liu) to found a company to develop magnesium L-threonate into a nutritional supplement. The company, Magceutics, now holds 10 patents on a product they named Magtein (“MgT”).

If you are super interested and have nothing else to do, you can take a look at these patents at the page that I linked below to the U.S. Patent and Trademark Office.

And all this adds up to…

The latest study on MgT, published in 2016 (reference below), cinches what Dr. Liu and his team predicted from research on lab animals. In summary, the results so far show that in humans, MgT does the following:

.
AHA! Now we are getting somewhere!

That latter result regarding brain aging specifically showed that MgT reduced brain aging by an average of more than 9 years in 60-year-old subjects – in a matter of weeks!

This is a tremendous boon for all of us “mature” folks who have been targeted by scary commentary about so-called “age-related” mental deterioration.

One drawback to MgT…

MgT is patented and backed by high-powered research. This means that you can expect it to be more expensive than other, everyday magnesium supplements. Indeed, it is.

Everyday magnesium supplements typically cost around $20 for a month’s supply. A month’s worth of MgT will run twice that or more.

Fortunately, MgT is easy to find. Many supplement manufacturers now offer products that contain it. You can keep the price down by purchasing those products with the fewest “extras” – i.e., other ingredients.

The simplest, and least expensive, product that I have found is offered by Life Extension (lifeextension.com), called Neuro-Mag Magnesium L-Threonate.

Products with unnecessarily complex mixtures can be more than twice as costly as that one.

One More Big Heads Up about Magnesium

Magnesium works best when you are properly hydrated. In fact, you can pretty much expect that it won’t work very well at all if you are dehydrated.

The usual advice about drinking plenty of fluids applies here. That is only part of the hydration story that you must address, though.

The other part of the story is hydration by water that you make from your own metabolism. This water is produced at the end of a long chain of biochemical reactions that make Mg-ATP. These reactions occur in tiny subcellular powerhouses called mitochondria.

In other words, if your mitochondrial energy metabolism is well-tuned, you will make water in your own cells. The key concept here is that you have to have healthy, high-functioning mitochondria.

Mitochondria are so crucial for generating energy and making internal water that you must do everything you can to keep them healthy. Not too long ago I posted an article on that topic that you should take a look at as soon as you get the chance. I cite it in the references below.

Every aspect of your health, especially brain health, depends on taking good care of your mitochondria.

You may notice a search on Magtein yields an array of supplements containing it.

Typically, a manufacturer adds other ingredients to make the product stand out from the crowd (and raise the price!).

However, in my opinion all that extra stuff isn’t necessary. All you need is Magtein itself. The one product I endorse, and take myself, is simply Magtein.

It’s in the product called Neuro-Mag by Life Extension, from Amazon.

Personally, I prefer the powdered version because it mixes so easily in my nutrition shakes. I use this one here:

However, if you like the convenience of capsules, get a bottle here:

(NOTE: Through the generosity of Jeff Bezos [LOL] I might get a little compensation if you purchase through either of those links. In addition, you also might help support Jeff’s next high-priced Blue Origin space ride.)

Causes of a Lack of Magnesium at Ancient-Minerals.com.

List of patents by Magceutics at the U.S. Patent and Trademark Office.

Live Long And Prosper With Healthy Mitochondria at HerbScientist.com.