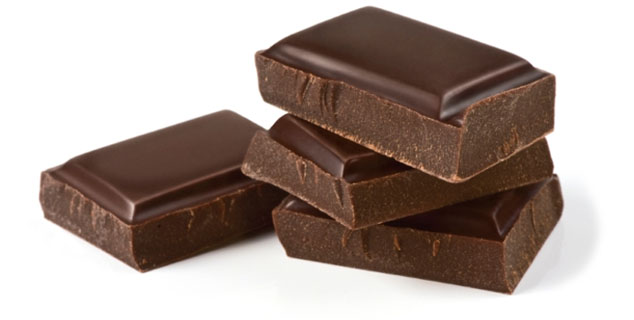 Are all those benefits of chocolate that you hear about real? Is chocolate the real vitamin C? Yes and no. Scientific research supports certain health claims. Others are just pie in the sky. Here is what the truths really are.

While folk medicine and internet searching give us good ideas for starters, it is modern research that truly points out what health benefits we can expect based on experimental data. This is where we take advantage of a different kind of database (i.e., other than a Google search).

Specifically, the best medical database online is PubMed, which lists medical research from more than 15,000 research journals, some going back into the 1920s. It is maintained for free public access by the U.S. National Institutes of Health.

We still have some information overload, though, since searching on PubMed yields thousands of articles, the earliest of which was published in 1922.

Three recent PubMed searches, on the following terms, came up these results (links go to the complete search results, in case you need them for a term paper):

Many of these articles have more to do with the botany, ecology, cultivation, or (plant) physiology of cacao itself than with medical research. Filtering all that out, plus focusing on more recent research, still provides a fairly large list of actual and potential medical applications.

Let’s take a look at the high points of such a list.

BIG CAVEAT: Not all chocolate is the same.

You can also eat cacao nibs, which are bits of fermented, dried, roasted, and crushed beans. Nibs are generally available at health food stores.

Chocolate, however, is NOT made just of whole cacao seeds, nibs, or powder. It is adulterated, sometimes considerably, into the confectionery that we all know and love. The main adulterants are dairy and sugar. Many other additives appear on the labels of different brands of chocolate.

Without these ingredients, cacao is extremely bitter. Even the ancient Aztecs and Mayans prepared cacao with various adulterants to mitigate its bitterness. A typical preparation was of a drink consisting of cacao, corn meal, vanilla beans, and hot peppers, plus pods of ‘achiote’ for red coloring, all mixed together into a beverage.

Notice: no sugar or dairy. So-called ‘milk chocolate’ was first created in Europe after cacao was brought back from the Americas.

The key to reaping the greatest benefits of chocolate, based on scientific studies, is to consume the darkest chocolate possible – i.e., chocolate with the least amount of non-cacao additives. Cacao/cocoa powder by itself would be ideal for this purpose, except for its bitterness.

Aside from that, the minimum amount of cacao for the greatest positive impact on our health is about 60-70%. Chocolate bars and other confectioneries usually range up to 92% cacao (sometimes a little higher), which are widely available in all supermarkets.

Decreasing the amounts of dairy and sugar also reduces the detrimental health effects of these ingredients.

Concern about the caloric content of chocolate is, at best, irrelevant. At worst, inane. You can see a more complete explanation of why this is so, in my earlier article here: Stop Calorie Counting – Food Is Not About Calories.

(I even have a little surprise for you there – a link to my ebook on the reality of calories, which you can download at no charge whatsoever. Enjoy!)

Now for the modernized summary of the health benefits of cacao/cocoa/chocolate.

In our own nerdy way, this is how we scientists summarize the health benefits of chocolate:

Epidemiological studies show an inverse association between the consumption of cocoa and the risk of cardiovascular disease.

In other words, the more chocolate you eat, the healthier you will be – within reasonable limits, of course. Surveys, for example, do not find folks who eat several pounds of chocolate per day and live to be a robust 120 years old.

Scientists have an obsessive drive to find out HOW things work. This is what we call ‘mechanisms of action’. Mechanisms of action are challenging to figure out, so sometimes we only know what is likely, not what is certain.

There is much, much more. Before taking a look at more research, you may want to know how much chocolate to munch on every day to get the most out of its health benefits. Fair question.

HOW MUCH CHOCOLATE? Based on research results, cacao intake should be at least 2-4 grams a day. What does that look like? One of my favorite daily dark chocolates is Ghirardelli squares, which are 60% cacao. My favorite is just straight dark chocolate. 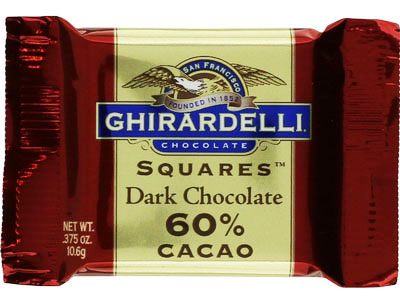 That amount exceeds the recommended ‘dose’ for getting the most out of the health benefits of chocolate. Better too much than not enough!

What Makes Cacao So Good for Health?

Cacao is loaded with various kinds of constituents that contribute to its health effects. The most comprehensive list of these constituents, plus everything else that has ever been found in cacao, is available online from the U.S. Department of Agriculture at Dr. Duke’s Phytochemical and Ethnobotanical Databases.

This database is a little obtuse to use for newbies. Chemistry geeks like me love it. When you search on the chemistry of Theobroma cacao, you will find hundreds of ingredients. To save you the trouble, I’ve done that for you and made the complete list available for download here: Theobroma cacao chemistry.

The major ingredients in this list that are responsible for the pharmacological activities of cacao are classified into a number of broad groups:

We’ll touch on these as we go.

This is where we address the caffeine issue. Yes, cacao does contain caffeine. It is one of the three main alkaloids found in cacao. Dr. Duke’s list shows that cacao seeds have been reported to have 500-12,900 ppm (parts per million) of caffeine.

The main alkaloid in cacao, though, is not caffeine. It is theobromine, which is chemically similar to caffeine. Cacao seeds contain 10,000-35,000 ppm of theobromine. They also contain another related alkaloid, theophylline, which ranges from zero up to 4,739 ppm.

Although all of these substances are similar chemically (i.e., xanthine alkaloids), theobromine and theophylline are comparatively much weaker stimulants than caffeine.

For the purposes of comparison, here is how cacao/chocolate stacks up against the caffeine you get from coffee.

These are the constituents that are responsible for cacao’s beneficial effects on cardiovascular disease. The polyphenols of particular interest are flavanols and procyanidins, which are different subclasses of flavonoids.

Polyphenols are widely known from plants. There is no escaping them if you consume fruits and veggies at all. The ones in cacao just seem to be more abundant and more powerful than those from most other plant sources.

Polyphenols typically act as antioxidants. As such, they are free radical scavengers that preserve cell membranes, protect DNA, prevent the oxidation of low-density lipoprotein (LDL) cholesterol, and inhibit plaque formation in arterial walls.

A bonus is that polyphenols also increase high-density lipoprotein (HDL) cholesterol levels, which is a good thing.

These substances are structurally similar to anandamide. This substance is a fatty acid neurotransmitter produced by our brain. Anandamide is chemically similar enough to THC, the main psychoactive ingredient of marijuana, that they both activate so-called cannabinoid receptors. Yes, they make you feel euphoric (i.e., “high”).

Chocolate comes into this picture because of the discovery of N-acylethanolamines in cacao in 1996. Scientists are still sorting out what that report means relative to their effects on chocolate lovers.

Of course, you and I already know the euphoria we get from eating a chunk of good chocolate.

Oleic acid is also known as the main ingredient in olive oil that is responsible for reducing blood pressure.

This substance has long been suspected of being the “love” ingredient in chocolate. It is known to improve mood and create a sense of euphoria. It can also relieve depression in folks who are unresponsive to standard drugs.

This short article does not do justice to all the possible health benefits of chocolate. It also does not address the negative side effects of chocolate. Yes, there are a few. Some folks don’t even like it! Can imagine that?

For the vast majority of chocolate lovers, though, eating chocolate is simply a pleasure. Deriving health benefits from it is a bonus.