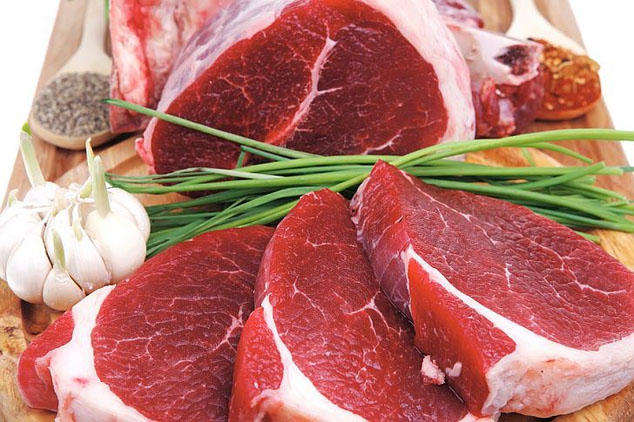 Dietary science is full of holes. One of the biggest gaping holes, which is getting bigger, says that consuming saturated fat leads to cardiovascular disease. Gee, it must be true if Dr. Oz says it so often, right? Wrong! This myth is so all-pervasive that it constitutes medical idiocy. Here is what you ought to know instead, based on some excellent science.

Dietary saturated fat does not cause cardiovascular disease.

Now let’s find out what is behind that claim. Read on.

A little background on fat will help you understand the research outlined below. Feel free to skip this part and go right to the research if you wish. The details about fats are a little geeky, anyway. I enjoy the topic because I am a chemist and I think it is important, so here goes:

Are There Any Bad Fats?

YES. The bad ones are usually those made in a lab, or taken from nature and chemically modified in a lab. The typical bad fats that most people already know about are the partially hydrogenated oils that include unnatural trans fats. They are dangerous because they become incorporated into cell membranes. Cell membranes containing unnatural trans fats simply don’t work right.

Unnatural trans fats are easy to avoid because food labels are required to list how much a product contains. At least that’s the theory.

There Are Good Trans Fats

Notice that I carefully use ‘unnatural trans fats’ to describe the bad ones. If you have ever heard of CLA (conjugated linoleic acids), then you know about some natural trans fats that are beneficial to your health. They are commonly found in beef from grass-fed cows. CLA supplements made from plant oils such as safflower are also okay, although they are not quite the same as natural CLA.

Fatty Acids vs. Other Fatty Things

Chemists define fats based on their solubility, not necessarily on their chemical similarities. The correct term we use is ‘lipids’, which include cholesterol and other sterols, plus waxes, triglycerides, and oils.

When fatty acids are hooked three at at time to a 3-carbon molecule called glycerol, they are referred to as triglycerides.

The Need for Fat

Dietary fat is crucial for good health. In fact, the low-fat diet craze is one of the worst nutritional plagues ever foisted on humanity. All the cells in your body depend on fat in their membranes.

Moreover, fat is a fundamental source of metabolic energy. Problems only happen when too much of it goes into storage. That leads to obesity.

The Party Line on Saturated Fat

You must have heard this a zillion times already: Dietary saturated fat causes cardiovascular disease. Good health therefore requires that you cut way down on how much of it you eat.

Modern medicine has built up a huge following for this advice. Doctors, nutritionists, and health advisors of all kinds repeat it so often that it has become a dogmatic mantra. It seems like every week my local newspaper offers a column from Dr. Oz that says how important it is to eat lean meat, fat-free yogurt, low-fat cheese, etc.

Wouldn’t it be nice to have some hard evidence to see whether these people are correct? Actually, we do. In fact we have a considerable amount of evidence that completely undermines their advice. This evidence shows that they are all wrong.

Let’s take a look at some of the science that shows us why.

Science That You Should Know

Thousands of research studies about dietary fats have been published over the past few decades. Some studies are better than others. Fortunately, researchers sometimes sort out all the research they can find on a topic and evaluate each study’s quality so we don’t have to. Sorting out and comparing the good ones is what we call a meta-analysis. The idea is that comparing multiple studies of high quality will provide a clearer picture of real trends.

One such meta-analysis was published in the American Journal of Clinical Nutrition in 2010 (vol. 91, no. 3, pp. 535-546), titled, ‘Meta-analysis of prospective cohort studies evaluating the association of saturated fat with cardiovascular disease‘. (You can get it online at no charge if you want to get all the details yourself.)

The title is a gem by itself because it describes the comparison of a dietary component (saturated fat) with a health outcome (cardiovascular disease) — just exactly what we want to know. This study only looked at research that examined those two variables. It turns out that there are, among the thousands of studies published on dietary fats, a relatively small number of truly good studies that pinpoint dietary saturated fat vs. cardiovascular disease. In fact, this meta-analysis found only 21 of them. These are the best of the best.

The timeframes and numbers of subjects involved among these 21 studies were phenomenal. They ranged between 5-23 years of follow-up on health outcomes among nearly 350,000 subjects. In a nutshell, here is what they found:

There is no significant evidence for concluding that dietary saturated fat is associated with an increased risk of cardiovascular disease, including coronary heart disease and stroke.

The strength of this study is its breadth — i.e., it covered many years and included hundreds of thousands of subjects. The main weakness is that it is a correlation study (called ‘epidemiological’). Scientists do not draw cause and effect relationships between correlations, or at least they shouldn’t.

This doesn’t stop such claims, though. An example of a common one is the correlation between blood cholesterol and arterial blockage. It has led to the claim that high cholesterol causes cardiovascular disase. This is an inappropriate claim and, furthermore, it is dead wrong. And it represents bad science. The giant industry of cholesterol-lowering drugs rests on it, though, so belief in this wrong cause and effect is not going to go away real soon. (I could write a book on this topic, although others have already done so.)

Suggesting cause and effect is the realm of controlled experiments that are designed to find them. This is a gnarly issue in science. I will just say that claiming a cause for an effect is almost impossible to determine with strong certainty.

Think about this for a moment. Correlations, or links between two factors, do not show cause and effect. On the other hand, when there is no significant correlation, as between dietary saturated fat and cardiovascular disease, this confirms a lack of any possible cause and effect.

Nevertheless, the authors of this meta-analysis cited intervention studies (i.e., designed experiments) that were supposed to show that reducing dietary saturated fat leads to reduced cardiovascular disease. As in all dietary experiments, such studies have to account for a reduction of saturated fat by an increase in something else. Typically, the something else includes either carbs or unsaturated fats.

Now we have a new rabbit hole to go down. The effects of reducing saturated fat are compounded by the effects of increasing carbs or unsaturated fats. Regardless of the outcomes, there is no way to know which of these causes is having what effects on health.

We might get an idea of the trend, though, from another study that looked at all of those factors.

The meta-analysis cited above left open the question of how different food groups other than saturated fat might influence cardiovascular disease. A follow-up study set out to answer that question. This study appeared in The Netherlands Journal of Medicine in 2011 (vol. 69, no. 9, pp. 372-378), titled, ‘Saturated fat, carbohydrates and cardiovascular disease‘.

This study examined information about typical Dutch diets regarding saturated fat intake vs. intake of carbs or polyunsaturated fatty acids (PUFA). They found that replacing saturated fat with high-glycemic carbs is associated with cardiovascular risk. They also found a similar association with n-6 PUFAs, which are the omega-6 fatty acids.

These findings substantiate the conclusions from the meta-analysis and suggest instead that carbs and omega-6 fatty acids may be more influential in the development of cardiovascular disease than saturated fat. This makes sense from what we know about those two food groups. Both are highly inflammatory, which makes them good candidates for causing the rampant inflammation that characterizes all cardiovascular disease.

If you are really worried about cardiovascular disease, your best bet is to severely reduce your intake of omega-6 fatty acids and replace them with the anti-inflammatory omega-3 fatty acids that you get from extra virgin olive oil, oily fish and fish oil supplements, walnuts, flax seeds, and omega-3 fortified eggs. It is equally important to cut down on high-glycemic carbs (i.e, processed flours, pastas, breads, etc., and refined sugar).

No Surprise to Biochemists

Here is what biochemists have known for quite a while: Carbs, particularly fructose, drive up triglyceride levels. (And fructose isn’t even considered to be high-glycemic!). Remember, triglycerides include saturated fatty acids. The biochemistry of converting fructose to triglycerides in liver metabolism is very clear.

If we are looking for culprits behind cardiovascular disease, the likely causes are refined carbs, including sugar, and omega-6 fatty acids, not saturated fat.

Julia Child was famous for advocating the use of lots of butter in her recipes. In fact, she believed that there could never be too much butter. When it comes to worrying about saturated fat, she was spot on.

By the way, now that you know about the lack of influence by saturated fat on cardiovascular disease, you can feel free to consume all the lard and fatty meats you like.

Why All the Confusion?

There are so many reasons that fat in general got a bad name, particularly saturated fat, that uncovering its history would be a major effort. One of the best books that entail that kind of effort on that topic is ‘Good Calories, Bad Calories‘ by Gary Taubes. It is fascinating reading and I highly recommend it.

Whatever the reason, the unfortunate fallout from the anti-fat craze continues. We are still stuck with a low-fat craze, low-fat foods, advice to eat lean meat, and all manner of similar dietary and medical idiocy. It is thoughtless dogma. Don’t you believe it. 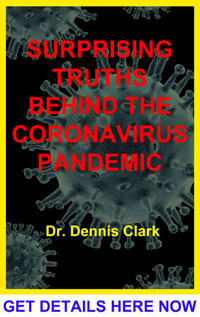