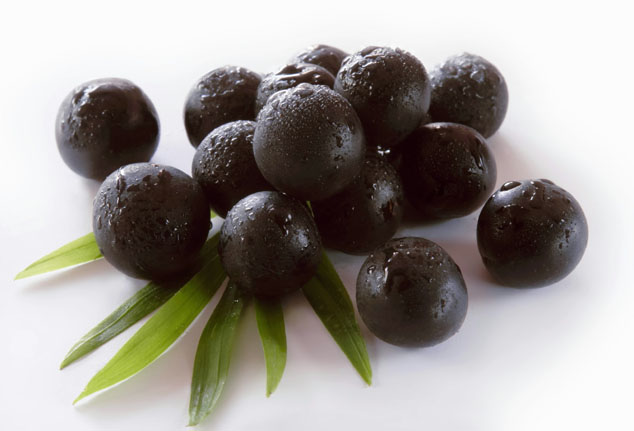 Acai weight loss is a scam, plain and simple. Calling it such a nasty name is pretty harsh. Nevertheless, most of the information on the Internet is simply repeated, out of ignorance, from a few original sources. The original sources are the scams. Just for fun, take a look at some of the science, or lack of it, that applies to the marketing hype.

What I did was to go to one of my favorite medical databases and simply look up all of the references to published research on the scientific name, Euterpe oleracea, which is the name that scientists use for the species of palm tree that produces acai berries. (They are not really berries, by the way). I’m going to give you the Cliff Notes version of the results first, then I’ll append the complete list with summaries of results.

A total of 9 publications came up in my search. The earliest was published in 2004 and the most recent one in 2008. The main results are listed below:

In a word, no. The research has nothing to do with the marketing of any acai scam. Now go look up what you can find on acai for weight loss, then compare what you find with the list of research results below.

You may also run into a handful of articles at EzineArticles.com that advise you to drink acai juice to prevent cancer. After doing many years of research on cancer cell cultures myself (in my case, brain cancer cells), I can tell you that research on cell cultures rarely has anything to do with cells in a whole person. The reference above from 2008 regarding colon cancer is very, very, very preliminary. Did I say VERY preliminary? No advice whatsoever can be taken from this lone article.

Acai Scams are Here to Stay

Many supplement manufacturers have jumped onto the acai bandwagon. Many of my customers regularly to ask about acai for weight loss and other health benefits. My recommendation is always that acai berry contains some antioxidants that are probably beneficial. It is the new berry on the block. Another one will come along soon. Fruit juices litter the supplement landscape. They are all good to some extent. However, the information about acai has reached a level of silliness that I regard as a scam. The big Acai Scam.

What About Folk Medicine?

We don’t always have to rely on scientific research to guide us. It is too slow to find out most the answers we want. This is where old knowledge can be helpful, especially when herbs have a folk medical history. Unfortunately, the acai berry is more well known as a poor man’s fruit juice than as a medicinal herb. People in Brazil, where acai palms are cultivated, are probably laughing in their beer about all the hullabaloo regarding acai. You can read about this plant from the point of view of a naturopathic doctor at RainTree Nutrition to see what I mean.

Now for the Gory Scientific Details

I welcome you to scan the references that I dug up. This is a lot of detailed information that only scientists like me get excited about. Enjoy! You can get even more information by looking up the PubMed ID numbers for the complete abstracts of these articles. Titles of the articles are in boldface. Scientists have a way with words, don’t we? A typical full reference, as those below, includes title, journal citation, author names, and address of the lead institution.

1: Pharmacokinetics of anthocyanins and antioxidant effects after the consumption of anthocyanin-rich acai juice and pulp (Euterpe oleracea Mart.) in human healthy volunteers.

2: Lignans and other constituents of the fruits of Euterpe oleracea (Acai) with antioxidant and cytoprotective activities.

SUMMARY: Identified examples of a class of phytochemicals called lignans. Showed that a handful of these can protect certain type of breast cancer cells in culture against stress caused by hydrogen peroxide.

SUMMARY: Polyphenolic mixtures from both acai pulp and acai oil extracts inhibited proliferation of human colon cancer cells by up to 90.7%. None of the polyphenolics included anthocyanins. No comparison was made on potential inhibition of normal cells.

4: Characterization of the acai or manaca (Euterpe oleracea Mart.): a fruit of the Amazon. [Article in Spanish]

SUMMARY: Extracts of açai (Euterpe oleracea Mart.) stones (i.e., fruit pit) induce a vasodilator effect in isolated rat tissue. The vasodilator effect suggest a possibility to use such extracts in the treatment of cardiovascular diseases.

SUMMARY: Results showed that the fractions obtained from fruits were the most potent in inhibiting NO production, followed by those from flowers and spikes. The more pronounced effect was observed in the fractions in which the concentration of cyanidin-3-O-glucoside and cyanidin-3-O-rhamnoside were higher. This shows potential cardiovascular benefits.

SUMMARY: Anthocyanin and polyphenolic compounds present in açai (Euterpe oleracea Mart.) were determined and their respective contribution to the overall antioxidant capacity established. Cyanidin 3-glucoside (1040 mg/L) was the predominant anthocyanin in açai and correlated to antioxidant content, while 16 other polyphenolics were detected from 4 to 212 mg/L.