The biggest killers in modern times are not heart disease or any kind of cancer. It is death by medicine – aka, iatrogenic disease. Here is just a little about what you should know and watch out for.

The Foundation of Iatrogenic Disease

Sure, chronic health problems, especially those called Diseases of Civilization, are nightmares for modern medicine. Mainstream treatments simply fail to cure things such as osteoporosis, cancer, cardiovascular disease, diabetes, obesity, Alzheimer’s, and a long list of other so-called diseases.

No wonder – the drug approval process is corrupt and most medical research is simply bad science. Fortunately, there are often better alternatives.

Unfortunately, the actual format for typical medical research entails suggesting explanations (i.e., hypotheses) in the discussion and conclusion sections of the published article – after the research has been completed!

Although that may sound a little geeky, it describes a fundamental failure in medical research. It is not the scientific method.

This is what the process is supposed to look like, from an image that I used to use in my freshman level botany classes: 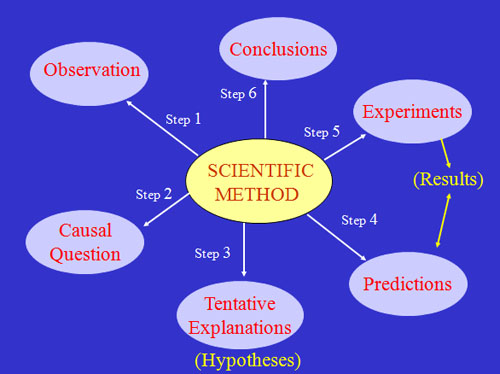 Give medical researchers credit, though, for being adept technologically. They are good at using all the latest laboratory techniques. This makes them excellent technicians, not scientific researchers.

On top of the above failure, research results are often just plain wrong. The reasons for that are extensive. The danger is that major treatment protocols, including drug approvals, are based on such bad results.

Dr. John Ioannidis has made a career out of exposing bad medical science. The details of what he has found were highlighted in a feature article in the October 4th, 2010, issue of Atlantic magazine, the text of which is available for download here: Lies, Damned Lies, and Medical Science.

This is fascinating reading for the super-interested, and maybe even a bit depressing. However, Dr. Ioannidis makes does offer some good news about research results that are wrong. He points out that bad results permeate all fields of science, which is not objectionable by itself. Bad science in most fields usually gets corrected. However, in medical research, treatments are too often approved before mistakes are corrected.

This is a dangerous flaw that jeopardizes your health and well-being.

One more thing to be aware of is that, at least in the U.S., the medical approval process is controlled by the Food and Drug Administration. To be brief, this is a rogue government agency that answers to no one except Big Pharma. It is all about money. Executives in big drug companies and the top administrators at the FDA often exchange positions. They are the same people.

This is a corrupt system that is not designed to benefit anyone’s health.

What You Can Do

The key is knowing which lifestyle changes are actually beneficial.

Supplements can sometimes be helpful. However, with few exceptions, they pale in the face of poor lifestyle choices.

Let’s look at what ‘poor lifestyle choices’ really means. The most overarching description is doing things that we are not biologically adapted to do. This is potentially a long list, the most important of which would include the following (not necessarily in order of importance):

Obviously, each of these topics merits a more complete explanation. In fact, books have been written about them, most of which are so misleading that they will lead you astray from real health.

Where Can You Start?

Diet and eating style (i.e., when to eat, what to eat, how much to eat) are probably the easiest places to start, although its impact is no higher than third on the list of what is most important.

Being healthy enough to avoid the failures of mainstream medicine does require you to eat right. The challenge is figuring out what that means among all the noisy marketing hype aimed at the public. Who or what can you believe?

The Ornish low-fat diet is awful. Dr. Oz is clueless. Weight Watchers and Jenny Craig will not improve your metabolism. Eating less and exercising more is a recipe for failure. Counting calories is just plain madness based on simplistic thinking that does not work for human biology.

You can gain some sensible perspective on what eating right means in my ebook, Fat Loss Biology. Keep in mind that the information in this book is just a beginning for the lifestyle changes that drive you to better health and away from modern medicine.

There are many more choices that you have to make if you are to extricate yourself from our failed medical system. These will be topics in upcoming posts here.

If you are typical, you might already be taking a number of prescriptions drugs. If so, just realize that they will never make you healthy. Folks in my age group (early Baby Boomers) average 4-5 medications daily, which is absolutely unnecessary.

Osteoporosis – A Major Drug Failure and a Simple Solution

It is so tempting to believe Sally Field when she goes bouncing through a field of flowers on a beautiful sunshiny day, then tells you how wonderful Boniva is for your bone health.

Now let’s look at some details that appear in the fine print at the end of the commercial. (These details also apply to Foxamax and Actonel, two other widely known examples of bisphosphonate drugs.)

Here is how the manufacturers of these drugs describe what they do:

They prevent the loss of bone mass by inhibiting the digestion of bone.

Keep in mind that bone cells are supposed to recycle – they have a specific lifespan, at the end of which they die and are reabsorbed so bones can make more new cells.

Indeed, one of the more surprising side effects of these drugs is random bone breaks. Another is a new disease called Dead Jaw Syndrome (aka, osteonecrosis of the jaw). This is when the jawbone become diseased after minor dental work, after which it forms tiny breaks that can ultimately lead to the collapse of the jawbone.

Does this sound like bones are stronger? Quite the opposite.

Think about that statement in regard to this: 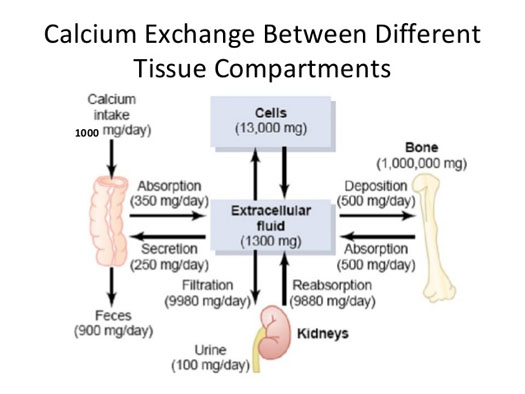 Calcium metabolism is very complicated. If the level of calcium drops anywhere it is needed for all of these other functions, the simplest thing your body can do is go get some more … from bones. Voila! Bone loss!

By the way, this is why taking supplemental calcium is not the answer by itself. However, if you have low levels of vitamin D3, then your calcium balance will never be right.

Here is some great news, though: There is one mineral that is well known for adding strength directly to bones, regardless of calcium metabolism.

That mineral is strontium.

The super great news is that supplemental strontium citrate is widely available at nutrition stores and it is very inexpensive.

The action of strontium for building strong bones has been known since the 1930s. It has taken modern medicine until recently to realize this. It took so long because strontium citrate, the most common form of strontium as a supplement, is not patentable for any drug company. In other words, there is no money in it.

Big Pharma is pretty creative, though. A prescription form of strontium (i.e., patented) is in current use in Europe, under the generic name, strontium ranelate. The ranelate is the new synthetic part that makes this strontium compound a patentable drug. This substance is going through the approval process in the U.S., so it is only a matter time before you can have an expensive visit to your doctor and get an expensive prescription for strontium ranelate.

Of course, you also have to worry about the increased risk of heart attack that is known to accompany its use.

Or, you can simply get some strontium citrate capsules at any nutrition store and take a couple of grams a day on an empty stomach (or at least not with calcium-containing supplements – calcium blocks strontium absorption).

This is the simplest solution now known for increasing bone strength in the face of bone loss that should not be happening in the first place.

Fixing the underlying problems with calcium metabolism, though, will require much more explanation at a later time.