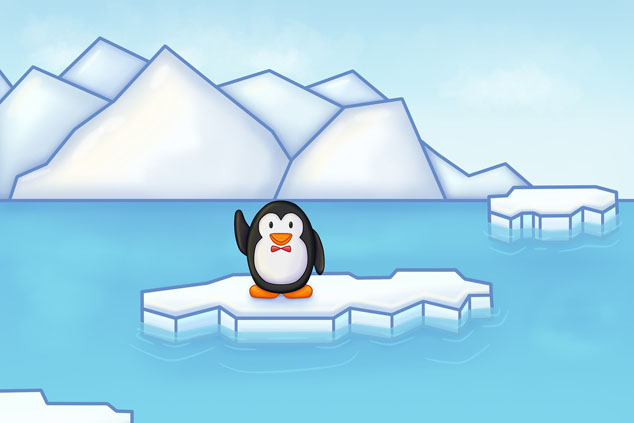 Why cold thermogenesis? Because it’s a fundamental foundation for health and longevity.

Modern comforts lurk behind every Disease of Civilization. Obesity, diabetes, cancer, cardiovascular disease, arthritis – you name it. Old bromides about diet and exercise provide minimal help. Prescription drugs undermine any possibility for long-term healing. The crucial missing piece for nearly everyone is cold thermogenesis – i.e., generating heat by getting cold. It is much, much more than heat, though.

Image by Eduardo • I appreciate your likes 🤍 from Pixabay

Benefits of Getting Cold

This is a topic that has fascinated me since I first ran across it back in 2015. It is not, however, a new concept in human health. Indeed, the science behind it goes back at least to the 1960s in the U.S., and even further in the former Soviet Union.

Astronauts and world class athletes caught onto the benefits of cold thermogenesis early. Now the topic has become so ‘well-known’ that it even served as a recent feature article in Reader’s Digest (Does Global Warming Make Me Look Fat? July/August 2015). It doesn’t get any more mainstream than that!

Yet, if you were to take any cursory survey of people around you about cold thermogenesis, most of them will likely give you puzzled looks or make comments about how crazy it sounds. Ice yourself down for better health? Gotta be nuts!

Let’s take a little peek under the hood of this seemingly nutty idea and see what we know about it so far.

If you never heard of cold thermogenesis before, the now widely acknowledged health benefits that it provides will seem phenomenal.

As mentioned above, astronauts and world-class athletes have been taking advantage of cold thermogenesis for quite some time. NASA (and the former Soviet space program) did the early reviews on performance, since they were concerned about what to expect from cold temperatures in space. If you are really, really geeky and want to see the full NASA report, it is available at this link: NASA Technical Memorandum 101012 (1989): Acclimatization to Cold in Humans. It is fascinating reading, so take a look when you’ve got some time on your hands.

One of the main points in the NASA report and subsequent scientific research is that exposure to cold enhances fitness in the absence of exercise while simultaneously diminishing appetite.

Imagine that … cold-adapted astronauts could be fitter and eat less while in space. The bonus for space travel means a decreased payload (e.g., lighter vehicle) without sacrificing human (astronaut) performance.

Athletes in winter sports have long-known about the performance-enhancing benefits of cold adaptation. In more recent times, Michael Phelps and Lance Armstrong used cold-adaptation strategies for bolstering their superhuman performances in swimming and cycling, respectively.

In other words, you can be fitter by just becoming cold-adapted. You can become superfit by becoming cold-adapted and working out in the cold. A huge amount of information is now available on how cold-adapted exercise can accelerate fitness. In fact a company called Vasper Systems LLC has taken this aspect of cold-adaptation to a new level for professional and other serious athletes in all sports.

The Vasper system may seem a bit pricey for most of us. However, it puts to shame the over-hyped workout programs like P90x, T25, Beachbody, CrossFit, and everything else you can imagine.

If you are interested in using cold-adaptation for fitness and performance, though, the good news is that you can achieve everything the pros do right in your own home, at a fraction of the cost. As you will see later in this article, working out in the cold is actually fairly simple.

Scads of articles have been published on the topic of cold thermogenesis. I will mention some of the more important ones shortly. Meanwhile, to be a little more complete, I have created three downloadable text files listing articles and abstracts from Pubmed searches using exact match terms for the following, here:

As you can tell, the scientific community has been very busy looking into this phenomenon.

The Most Popular Category – Fat Metabolism

Although that seems to be a lot of bad news all over the map, the main issue comes down to an underlying disorder of energy utilization and storage. In other words, Metabolic Syndrome at its heart is a story of how the human body mishandles blood sugar and fat. 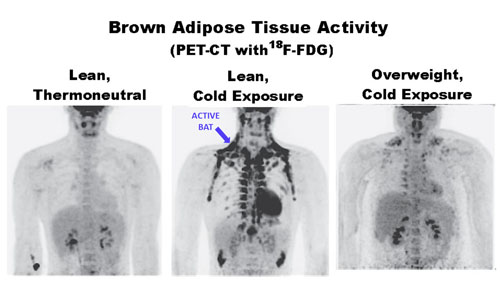 The neatest thing about BAT is that it drives up metabolism by burning white fat. Furthermore, in response to cold exposure over time, BAT grows in abundance and WAT shrinks. The part about burning WAT means that calories from stored fat are used up and released as heat.

This is why we have the term ‘cold thermogenesis’ … literally raising temperature by getting cold.

BAT in the Cold

Some of the ideas behind how BAT works and how cold makes it work better are summarized in the following key articles. This short list gives you a clear idea of what science has been discovering about metabolism in the cold and how it relates to BAT activation.

BAT burns glucose and boosts metabolism in humans in cold

If BAT activation doesn’t whet your appetite, then take a look at these selected topics on cold thermogenesis.

Cold exposure and longevity in mice

The sympathetic nervous system and fat-burning during cold exposure

Cold thermogenesis is not just about BAT activation. Cold exposure does something in general called mitochondrial uncoupling. This means that the normal pathway for generating energy in mitochondria (i.e., via ATP, the so-called high energy molecule of cellular respiration) is diverted (uncoupled) to generate heat. This is the thermogenesis part of cold exposure.

Muscles are laden with mitochondria. Getting muscles to generate heat means they are activated by mitochondrial uncoupling.

What does this mean to you? Simply put, it makes your muscles more active. Indeed, it simulates what happens when you exercise. This is why cold exposure duplicates the results of exercise.

Yup, you can sit in an ice bath for your ‘workout’ and get the same or even better results than actually exercising. Faster, too.

How to Do It

If you have any excess fat at all, using cold thermogenesis to reduce it is a no-brainer. Likewise if you just want to elevate your fitness level beyond anything you can get from ordinary exercise.

The question is, how exactly can you accomplish all this? This is where research and various metabolic explorers offer a variety of approaches.

The absolutely most thorough and most well-supported approach to cold thermogenesis, however, is presented by Dr. Jack Kruse here: Cold Thermogenesis Easy Start Guide.

If you are so inclined, I highly recommend that you immerse yourself in all of the information on Dr. Kruse’s website regarding cold thermogenesis. As you go through the extensive series of articles on CT, you will discover many additional, truly extraordinary benefits of exposure to cold.

If you want to achieve a higher level of fitness (or reacquire a level that you once enjoyed in your deep, dark past, my fellow Baby Boomers), exercising in the cold is the way to go.

This can be super simple depending on where you live.

If your environment is more like mine here in Arizona, you have other options. The simplest strategy for me is wearing an ice vest (CoolFatBurner with GutBuster) while doing sprint intervals on an exercise bike.

The convenience of wearing ice vests is nice. This is the simplest way to do CT. When I do CT this way, I can go about my normal day, at home anyway, without stopping to immerse myself in an ice bath for an hour. Ice vests also use freezie packets that can be stored in a freezer and reused, as opposed to using up 10-40 lbs of ice for each session.

Some folks even just go shopping at a market with a walk-in cold storage section and hang out there for a while. Even though this is helpful, the ultimate goal is to get your skin temperature to 50-55 oF to fuel all the benefits of cold adaptation.

So get on with it already! And most of all, have fun with your new-found health and fitness!