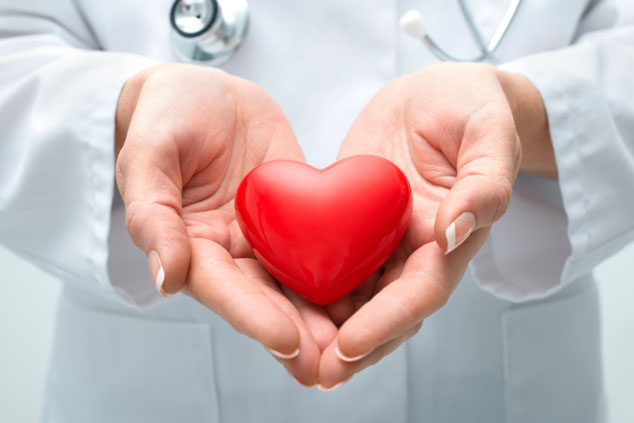 Homocysteine levels, not cholesterol, are a critical risk factor for heart disease. Howeve, homocysteine isn’t the complete evil that it is made out to be. It is a naturally occurring amino acid that plays an important role in many aspects of good health. Chronically high homocysteine levels are the problem.

The Danger of High Homocysteine Levels

High homocysteine levels indicate chronic vascular inflammation. This sets the stage for atherosclerosis (hardening of the arteries) and plaque formation that blocks blood flow. Vascular plaque leads to blood clots, heart attacks, and strokes. Fortunately, certain B-vitamins can go a long way in keeping homocysteine in check, right where it is supposed to be.

Where Do We Get Homocysteine?

All homocysteine in the body is made naturally by our own metabolism. It is derived from methionine, which is an essential amino acid found abundantly proteins from meats, seafood, dairy products, and eggs. Vegetable proteins are generally pretty low in methionine, except for certain seeds such as sesame seeds and Brazil nuts. Even legumes contain relatively small amounts of methionine compared with animal-derived protein sources.

Excess methinone is not a problem, though. Excess homocysteine is.

Once it is formed from methionine, homocysteine can do two things:

Interconversions among methionine, homocysteine, and cysteine are crucial to good health for four main reasons:

How Does Homocysteine Damage Arteries?

Scientists believe that homocysteine damages arteries in at least two possible ways. One is that it induces a powerful immune reaction within the walls of arteries. Immune complexes that run amok inside artery walls cause microscopic pock marks in the innermost wall layer, the endothelium.

These rough spots in the endothelium trap substances such as calcium and small, high density LDL cholesterol particles.

That is how plaque gets started.

The other possibility is that homocysteine can damage adhesion molecules that hold endothelial cells together. When cellular adhesion is destroyed, cells can become separated, thereby forming holes or pock marks that can, once again, initiate the build up of plaque.

Once plaque gets started, it continues to grab and hold substances that normally flow freely through arteries. Keep in mind that this is how plaque builds up inside arteries. Substances that make up the plaque, however, are not the culprits that got it started in the first place. This is why the accumulation of LDL cholesterol and calcium in plaque is an after-effect, not a cause of vascular disease.

SIDENOTE: Can you imagine that, once calcium and LDL cholesterol were found to be concentrated in plaque, scientists could have flipped a coin to decide which one caused the problem? Invoking cause and effect either way is a major flaw in logic. Nevertheless, if the powers that be chose calcium, do you think we would have an entire industry based on drugs that lower calcium levels to combat heart disease? It seems ridiculous, doesn’t it? Well – surprise – it is equally ridiculous to blame cholesterol. This is why cholesterol-lowering drugs do nothing to reduce heart disease risk. Cholesterol-lowering drugs are just a great big scam.

Homocysteine Levels: How High is Too High?

Population surveys from clinical laboratories indicate a normal range of homocysteine in the blood to be 5 to 15 μmol/L. However, the associated heart disease risk increases rapidly at the upper end of this range. 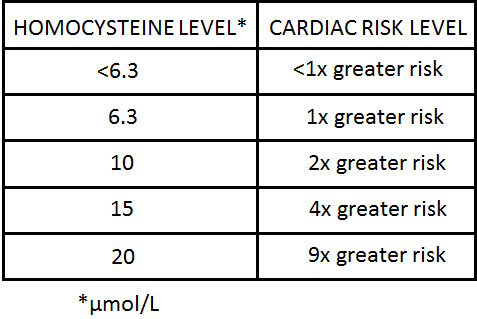 Based on these data, the recommended levels of homocysteine in blood should be less than 7-8 μmol/L.

How Can You Lower Homocysteine?

If you are thinking ahead, the obvious thing to do is supplement with those B-vitamins that regulate the interconversions among methionine, homocysteine, and cysteine. Indeed, that is exactly the best step you can take for supplementation.

Specifically, up your intake of those B-vitamins that regulate homocysteine metabolism, which are:

Other supplements can also be helpful. These are the most crucial ones.

How Much Should You Take?

At first, this would depend on your level of homocysteine. However, a general rule of thumb is that the U.S. RDA of B-vitamins is pathetically low. Any good B-vitamin supplement will exceed the RDA by several-fold. In the case of vitamin B12 it may even be 100-fold or higher than the RDA.

When evaluating a multivitamin or B-complex supplement, make sure that your daily intake of folate is 400-800 micrograms and of vitamins B6 and B12, at least 2 milligrams each.

Indeed, in the view of many medical professionals who pay attention to the power of supplementation, the general feeling is that you cannot take enough B vitamins.

Most B-vitamins are readily available in many foods.

Regarding vitamin B12, ultimately the best food sources include most animal derived foods – fish and shellfish, meat (especially liver), poultry, and eggs. Heat destroys this vitamin, so minimizing or eliminating cooking provides the most dietary B12.

As a rule, plants rarely produce vitamin B12. Even algae that purportedly produce it actually do not do so.

By the way, vegetarians are most likely to suffer from vitamin B12 deficiency. Infants are at a higher risk if they were born to vegetarian mothers. The elderly who have diets with limited meat or animal products are also very vulnerable to B12 deficiency.

The slightly good news is that animals, including humans, can obtain small amounts of vitamin B12 from their normal gut bacteria.

This is decidedly NOT true.

It is more likely that rising homocysteine levels reflect a lifetime of chronic poor food choices, combined with a diminished ability to absorb nutrients from foods as we get older.

Making up for vitamin deficiencies by eating better is certainly helpful. It is unfortunately not sufficient without proper supplementation.