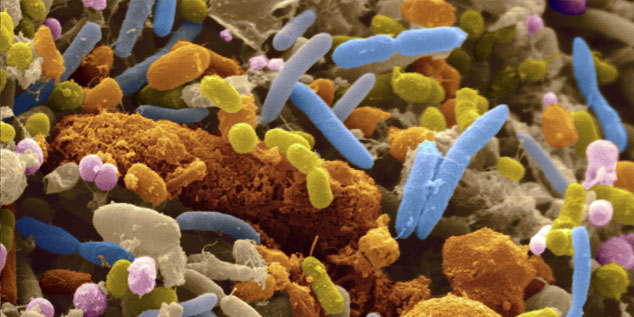 Menopause remedies often miss some of the most important underlying causes for menopausal disorders. One of the most commonly overlooked factors is the health of your digestive system and the role of its friendly bacteria for hormone balance.

A common scenario occurs when you use prescription drugs, especially antibiotics and antacids, and/or have a poor diet. The initial effect is the destruction of your friendly gut bacteria, whose many roles include aiding digestion, strengthening the immune system, and enhancing the excretion of steroid hormones.

Hormone excretion becomes important when, for example, estrogen has done its work as a chemical messenger and is ready to be deactivated. How is that related to digestion? An indirect indication for this link appeared in a recently released study at the Imperial College of London. This study confirmed that non-alcoholic fatty liver disease is likely caused by a gut bacterial imbalance. The importance of this result is that it points to the role of your friendly bacteria in liver health.

Now think about the role of the liver in deactivating hormones. The liver is the main detoxifying organ, and one of its roles is to detoxify hormones so they can be excreted from your body. Now we know that your liver depends on a healthy population of friendly gut bacteria. It can do a better job in detoxifying and excreting hormones when the gut bacteria are healthy. If your liver isn’t functioning properly because your gut bacteria are damaged, unexcreted estrogen can then circulate back into your bloodstream and promote estrogen dominance.

Estrogen dominance is now known as the cause of many health problems for women as well as for men. It is, therefore, an important hormone for keeping in balance with other steroid hormones.

Research on probiotics shows them to be helpful with at least 100 different health disorders. The keys to getting the best results with probiotic supplements include: 1) the number and variety of bacterial strains in one dose; and, 2) the number of colony forming units (CFU) per dose (equivalent to number of live cells). When you are evaluating products using these two criteria, look for those that have at least 10-15 different strains and at least 15 billion CFU per dose.